How to Save a House

Stone-clad facades and large windows from which to take in the magnificent view had the Simply Yours crew very excited to start work; but first impressions of this extraordinary house overlooking Fish Creek Park were deceiving and gave no hint of what was to come.

The initial project scope was modest as the homeowners sought to replace one large window, anticipating that some water damage would have occurred due to leaking issues. They then decided to change out all of the windows and doors on the back of their house — 13 windows and 4 doors, including a large specialty curved top window.

As work got underway, everyone was completely prepared to find a bit of rot, but what was hiding under the stucco was shocking. A large portion of the back side of the house was fully rotten due to improper laying of the house wrap paper and improper window flashing when the house was built — only 14 years ago — an unsettling thought.

Simply Yours knew there was only one option — to first do a restoration of the rotten walls, and make sure it was done properly — before they could tackle the window and door installation. With the crew determined to do everything properly and in a timely matter, they got right to it.

The tear down process included stripping of all rotten studs, sheeting and soaking wet insulation. 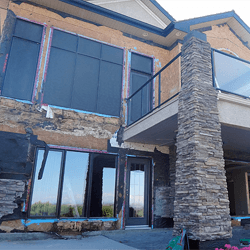 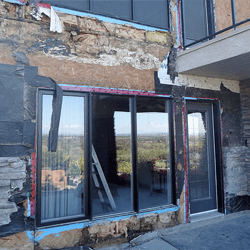 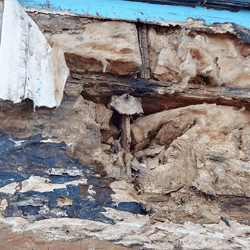 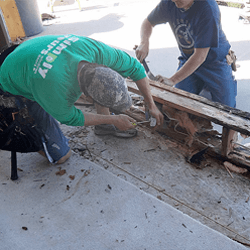 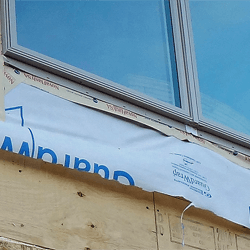 With a fresh framework and a new, durable exterior – complete with energy efficient windows and doors – a stone crew was hired to put the finishing touches on the facade – a work of art!” 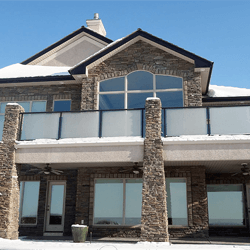 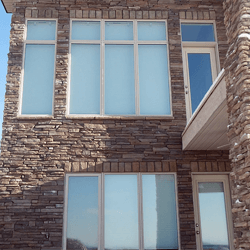 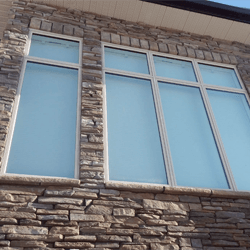 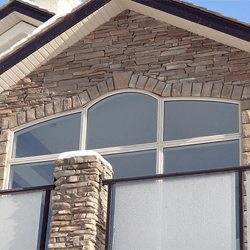 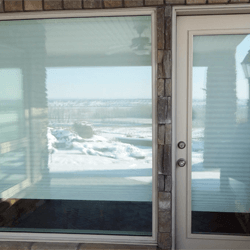 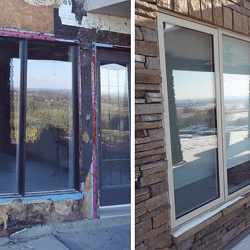